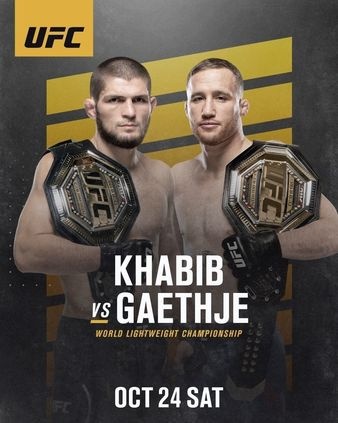 The entire event is centered around the defending UFC Lightweight Champion Khabib Nurmagomedov and interim champion Justin Gaethje as they fight it out for the the title. They will serve as the main headliners for the event. Under the fight card, there are two additional bouts. In the middleweight bout we have Robert Whittaker facing off against Jared Cannonier. And, for the heavyweight bout will host Alexander Volkov versus Walt Harris. The main bout was supposed to be linked with UFC 253, but will now be taking place 5 weeks later in UFC 254 due to some unforeseen circumstances.
Posted on 10/08/20

Me, Myself D1T
D1T is an independent recording artist, record producer, and song writer from the ...